General Prospects of the Asia-Pacific Community and Mongolia’s Position

Since the early 1990s, the fall of an ideological barrier between communism and capitalism has recast world relations. Mongolians obviously have recast themselves since embracing democracy. But Mongolia and its neighbors cannot assume that the emerging new world order is a reliable system. Toward that end, it is useful to identify the new order’s specific distinctions from the old one.

As Russia fades as a counterweight to the United States, China is emerging as a potential economic and strategic superpower. Trade and economic ties among Asia-Pacific nations are growing, even as the risk of financial crisis remains. Within Asia’s more than two billion consumers, China’s one-billion plus population is feeding internal economic growth above ten percent each year over the last decade. Some say that some sort of “Great China’ economic zone comprising continental China, Taiwan and Hong Kong is being formed. It has been also reported that China is seeking to develop a free trade area encompassing South Korea and Japan. It is also safeguarding its own economic stability, seeking to avoid the crashes that befell the so-called “Asian tigers” of Malaysia, Thailand, Singapore and South Kore

But a storm of democracy in the Asia-Pacific region will affect the new order. In countries with political dictatorships or military regimes, the educated and wealthy are growing louder and stronger in their demands for political democracy. These demands, which triggered massive demonstrations in Hong Kong, will affect how other countries approach China and the region. In this light, one should understand the positions of the United States, Russia, China and Japan.

United States. The world’s only economic and military superpower can shape many elements of the new order. A key question is how 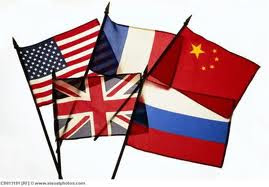 fully American pacts with Japan and South Korea will play out in strategic  projects. Many countries in the Association of South East Asian Nations worry   that if the United States withdraws troops from South Korea or nearby; a  military   vacuum will emerge in the region. It is probable that the role of the  American   military presence in the region will undergo gradual changes and  shift towards   safeguarding the region from potential threats. American trade  with Asia   reached US$63 billion, accounting for 36 percent in its foreign trade.  While   some  influential countries in Asia strive to reduce American influence,  and   while  American internal politics can affect military questions, the agenda from Washington will guide much of the Asia-Pacific economic flow.

Russia. Unlike in Soviet times, Russia has now gained more recognition as an Asia-Pacific nation. After losing the Baltic countries and Black Sea ports, Russia’s economy is increasingly dependent on the natural resources of Siberia and the Far East.

As a nuclear-armed nation with a large military, Russia craves peaceful and prosperous relations   with its Pacific neighbors.

In this respect Russia is placing much hope on a 12-year-old project called Integrator 21. But   underdeveloped infrastructure, uncertain legislature, territorial disputes with Japan, and muddled   responsibilities between Moscow and local authorities are all hampering this effort.

Russia wields more influence over the region as a permanent member of the United Nations   Security Council. Uncontrolled migration of many millions of the Chinese nationals to Siberia and   Far East may affect Russia’s national security. It is reasonable to expect Russia to follow a   protective and fitfully pro-trade course in the region for decades.

Japan. If Russia is a strategic force, Japan is an economic one. Japan must finally settle problems related to its historical past with China and other neighbors toward a new, sustainable regional role. 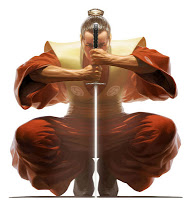 Prominent Japanese executives and politicians have recently put forward a neo-Asianism concept that embraces such issues as strengthening the mechanism for regional peace, enhancement of the military-strategic treaties with the United States, integrating former socialist countries and seeking special ties with Russia, China, and Vietnam. More broadly, Japan is pursuing an effort to develop a louder political voice, in the United Nations and other international contexts. Amid its long economic crisis and shrinking financial markets, Japan managed to find new opportunities through partnership with developing countries.

China. Since crushing pro-democracy student demonstrations in 1989, China managed to overcome its diplomatic isolation and normalized its relations and restored diplomatic relations with some Asian countries. It drew big investments from Chinese nationals in Taiwan and Hong Kong and maintained ties with the United States and Europe. When George W. Bush described China in 2001 as a “strategic competitor,” many took it as formal recognition that China is evolving into a superpower. However, it is important to know how new party and state leaders will pursue political stability, which is by no means established now. 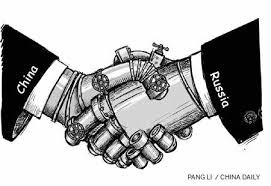 At present, Chinese society recognizes the existence of various types of   ownership and different systems. At middle and lower levels of society,   money governs everything. Judging from statistical data, conclusions   made by researchers and diplomats and other sources, China is facing a   complicated and long period of reworking its national economy to fit   an international system. How this effort will affect the region, including our   neighbor Russia, is a very important question for us.

Taking into account all considerations, one may conclude that if our southern neighbor becomes an economic superpower, the history may repeat itself and our country may become a long-time resources supplier of China. Our country now exports only three types of strategic goods. Excluding the natural resources, 90 percent of leather and cashmere go to China’s Hebei province. Hebei province is our raw materials processing base, according to the “state policy”.

How is the position of Mongolia evolving?

No longer ensconced within the Communist bloc, Mongolia freely pursues relations with all countries of the world and has a chance to revive its status as an Asian nation. In a short time, Mongolia has established normal relations with the United States, Japan, South Korea, China and others. Mongolia joined the International Monetary Fund, World Bank, the Asian Development Bank, and World Trade Organization and formed a donors’ community to help it to pass through the transitional period. But how long can all this last? 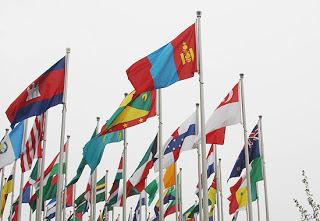 A new phenomenon in our foreign relations is that the United States     and Japan, influential throughout the world, play a substantial role.   Donor countries seemingly seek to show the example of Mongolia to   Russia and China as an illustration of how a country that adopted a   democratic system can develop. But actually the United States is not   consistent in its policies.
How to encourage consistent and beneficial policies and coordinate   our interests with others is a big test for our state and government,     mainly the Ministry of Foreign Affairs. We must stimulate economic   interest in our country for these big powers. Otherwise it will take a   long  time before Mongolia finds its own place in the region.

Japan, being an Asian country, has a geographical interest in our country. The United States has a strategic interest in countering China. The increasing influence of China and the state of Sino-American relations may also have an impact on our foreign relations. Our southern neighbor is gaining influence and interests. For the past ten years, our government showcased itself to the rest of the world through Beijing. We may be able to create broader ties and foster a sense of interdependence with more nations via air transport, land leasing, military relations, and economic outsourcing. .

Of course, the Asia-Pacific region, including East Asia, is a priority in our foreign relations. As the interests of the USA, Japan, Russia and China intersect, we must determine who should get priority in integrating land-locked Mongolia into world political and market relations. The countries of Asia-Pacific region, North EastAsia - Japan, Korea, Russia - show the most promise in this respect. They are nearby, accessible to the oceans, and capable of providing investment, equipment and technology. Japan and South Korea in particular can help change the structure of our raw materials-dominated exports. As Mongolia’s production continues to fall and the national currency exchange rate sags, Mongolia in terms of per capita output belongs to the group of under-developed countries. Our important objective should be a development strategy to overcome this situation. Nothing can replace the efforts of the country itself. Developed countries prefer to support the countries striving to build an economically viable and socially equal society. Special attention is paid to poverty alleviation, food safety, rural development, environmental protection and education. In other words, much depends on proper utilization of development aid. 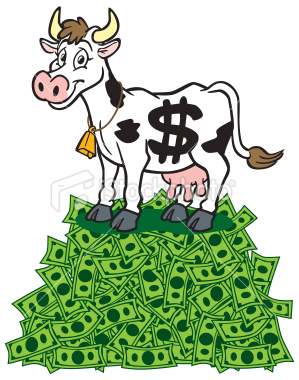 To achieve strong results, Mongolia needs a comprehensive national development concept and policies that combine transformation theory with development issues.The pace and effectiveness of the transition involves as time span, expenses, level of acceptance, practical capabilities, etc. As far as Mongolia is concerned, the transition process tends to be slow. It is rather complicated to estimate the expenses. The expenditures related to elimination of the old ineffective system are not included in the estimates. The expenses rise due to supply shortages, quality of goods and ecological pollution. The elimination of ineffective expenses of the old system should be the main objective.

In this respect the policies of the Government led by Ts.Elbegdorj have been a good start but subsequent governments failed to implement this objective and caused even greater expenses. The present Government led by N.Enkhbayar has rightly formulated its policies and the planned measures, but lacks practical and professional implementation due to deference to election promises. The transitional expenses depend on policies in the area of property ownership, technological renovation and structural change.

We can measure how society will accept these changes in part by determining how much trust leaders enjoy and how savvy the population is about politics. The main task is to achieve stable governance within ten years. In this context it is necessary to reconsider such issues as balance of power, because excessive zeal on the part of some politicians has left these provisions vague.

The formulation of the foreign policy and the development strategy of a developing country in transition, gaining of its place in international relations of the region will largely depend on howthis country meets the above-mentioned criteria in its domestic policies. To meet the challenge of its region and the new world order, Mongolia must develop a strong identity.